The Glenham Branch was originally built from Edendale, on the South Island Main Trunk line, through to Wyndham, on the east side of the Mataura River, for local needs for the township, opening in 1882. It was extended to Glenham in 1890 which required a tunnel about 200-300 metres long. An accident during the driving of the tunnel killed three workers. This section of the line did not pay its way and accordingly, was closed in 1930 when Wyndham became the terminus again. The remaining section from Edendale to Wyndham closed in 1962.

The major remnants which still exist today are the Wyndham goods shed still in its original location and the tunnel, as shown on this map. Access to the tunnel (which is on private land) may be available by local enquiry. 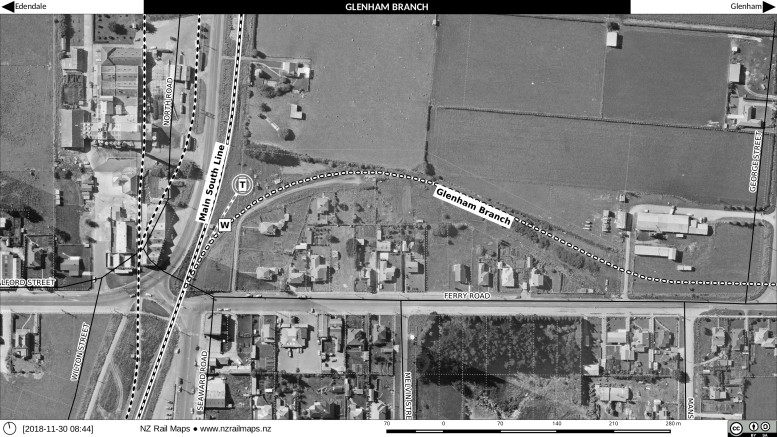